Now Shipping both the AirTamer A320 in Black and A320W in White to California Addresses!

The AirTamer A320 is one of the world’s most effective personal wearable air purifier. AirTamer’s Advanced Ionic Technology emits a constant stream of healthy negative ions that force airborne pollutants away from your personal space giving you a zone of cleaner, healthier air.

AirTamer’s design is ultra compact and incredibly versatile. A proprietary conductive adjustable lanyard dramatically improves performance and increases run time. You can wear it around your neck (strap included) since it is smaller than most MP3 players  or place it freely on your nightstand so the air around your pillow is clean and free of pollutants.

Wear our small travel air purifier AirTamer to create a cleaner zone of healthier air while traveling, in public places or in other poor air quality locations.

The A320 in Black and A320W in White are both available to ship to California addresses. Please select your color choice from the drop down menu to add to your shopping cart. 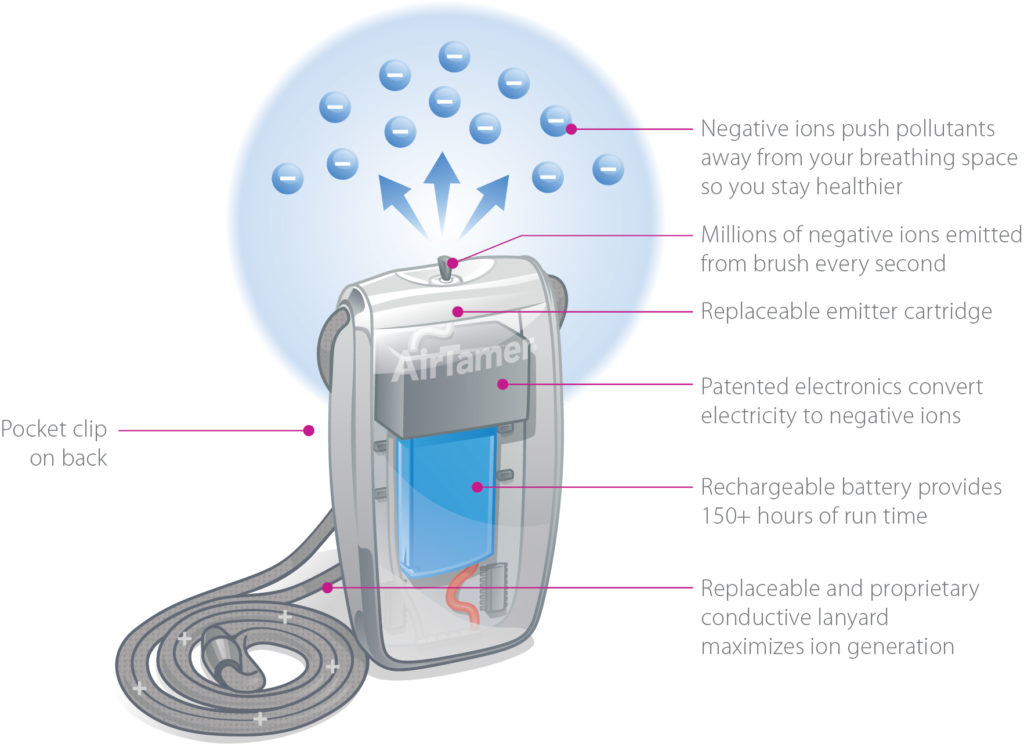 No. We at AirTamer® are sensitive to the fact that cleaning the air should not produce unsatisfactory levels of ozone, so we test for ozone emission. AirTamer® produces no measurable amount of ozone. In fact, AirTamer was tested by Intertek (one of the world's largest, independent test laboratories) and given an ozone emission rate of zero. AirTamer is also CARB certified.