AirTamer A310 with Leather Travel Case

The AirTamer A310 is the world’s most effective personal rechargeable air purifier. AirTamer’s Advanced Ionic Technology emits a constant stream of healthy negative ions that force airborne pollutants away from your personal space giving you a zone of cleaner, healthier air.

AirTamer’s Power Boost Technology provides 9 times more cleaning power than the competition. It is silent in operation and it’s extremely energy efficient technology provides 150+ hours of run time on one charge. Easily charged by included USB cable.
AirTamer’s design is ultra compact and incredibly versatile. A proprietary conductive adjustable lanyard dramatically improves performance and increases run time. You can wear it around your neck (strap included) since it is smaller than most MP3 players  or place it freely on your nightstand so the air around your pillow is clean and free of pollutants.

Wear AirTamer to create a cleaner zone of healthier air while traveling, in public places or in other poor air quality locations.

*The A310PMB in Black and A310PMW in White with Leather Like Travel Case are both available to ship to California addresses. 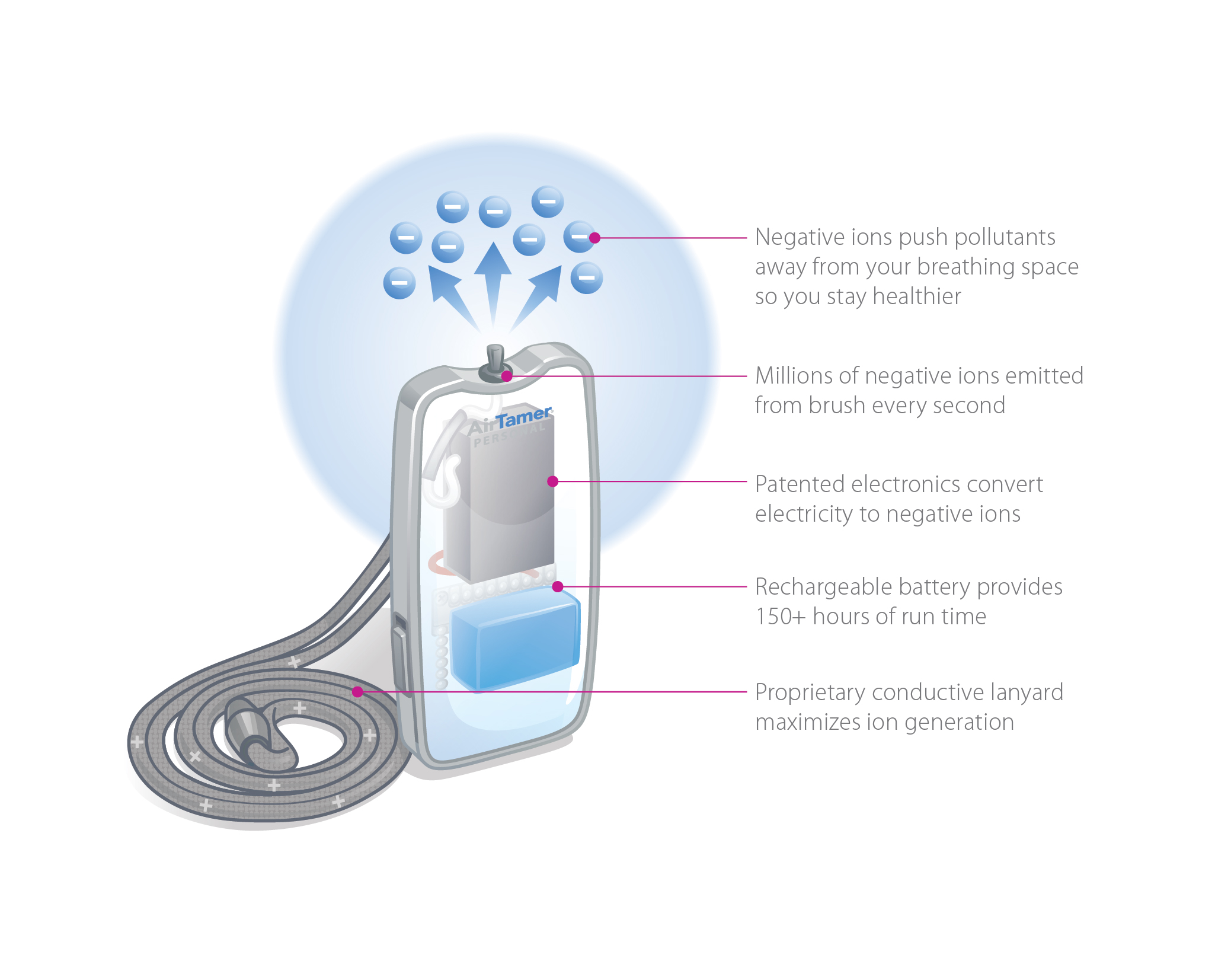 Smoke Filtration Demonstration - AirTamer A310 Personal Rechargeable Air Purifier
AirTamer is laboratory tested to be the best. Smoke is a good test pollutant because it is one of the smallest particles in air and it is very common around the world.
The videos below show how effectively the AirTamer 310 High Performance Personal Rechargeable Air Purifier cleans the air of smoke. In independent tests undertaken by the prestigious Intertek test laboratory, AirTamer reduced smoke particles by 98.9% in just 5 minutes. 875% better than our closest competitor!

I swim 4-5 days a week and compete in masters some years. (I am 82.) About 5 years ago, some days I would feel my breathing was restricted and finally got diagnosed with..Read more
- P., T.
Whenever I did not wear my AirTamer, I had bad asthma attacks. When I put AirTamer on, I was breathing better within 20 minutes. I love my AirTamer!
- Jacqueline, Ballin