Among infectious diseases, flu is considered one of the nation’s leading killers. According to the Centers for Disease Control and Prevention (CDC) on average, about 24,000 Americans die each flu season.

Flu viruses are constantly changing so it’s not unusual for new flu viruses to appear each year, says the CDC. “One thing to understand about flu, always, is that it is unpredictable. Every season is different, with different flu viruses spreading and causing illness,” CDC Director Dr. Tom Frieden said.

Flu strains are typically classified into three different groups – Influenza A, B and C. H3N2, also known as influenza A, is one broad category of flu virus.

Flu vaccines are generally formulated many months before the flu season starts. According to Dr. Frieden the current flu vaccine is not sufficiently equipped to protect against H3N2 the dominant strain this year.

“Unfortunately, about half of the H3N2 viruses that we’ve analyzed this season are different from the H3N2 virus that’s included in this year’s flu vaccine. They’re different enough that we’re concerned that protection from H3N2 viruses may be lower than we usually see,” stated Dr Frieden.

Citing the difference in vaccine and strains, Dr. Frieden commented, “They’re different enough that we’re concerned that protection from vaccination [for H3N2 viruses] may be lower than we usually see.” 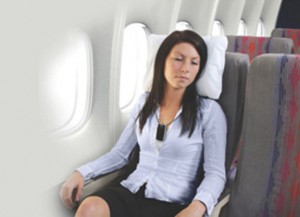 Nevertheless, taking the flu shots is still recommended. Even if the flu shot is not capable of protecting against H3N2 strains but it still can defend against H1N1 strains. Dr. Frieden pointed out, “If we have a severe season, getting a vaccine that provides even partial protection may be more important than ever.”

Besides taking flu shots, Filterstream’s AirTamer necklace air purifier emits a constant stream of healthy negative ions that push airborne pollutants such as viruses, pollen, dust mites away from your personal space giving you a zone of cleaner, healthier air.

Especially in the flu season when various flu strains are in circulation, the AirTamer personal air purifier’s advanced electrostatic purification clears your personal zone from all kinds of viruses.